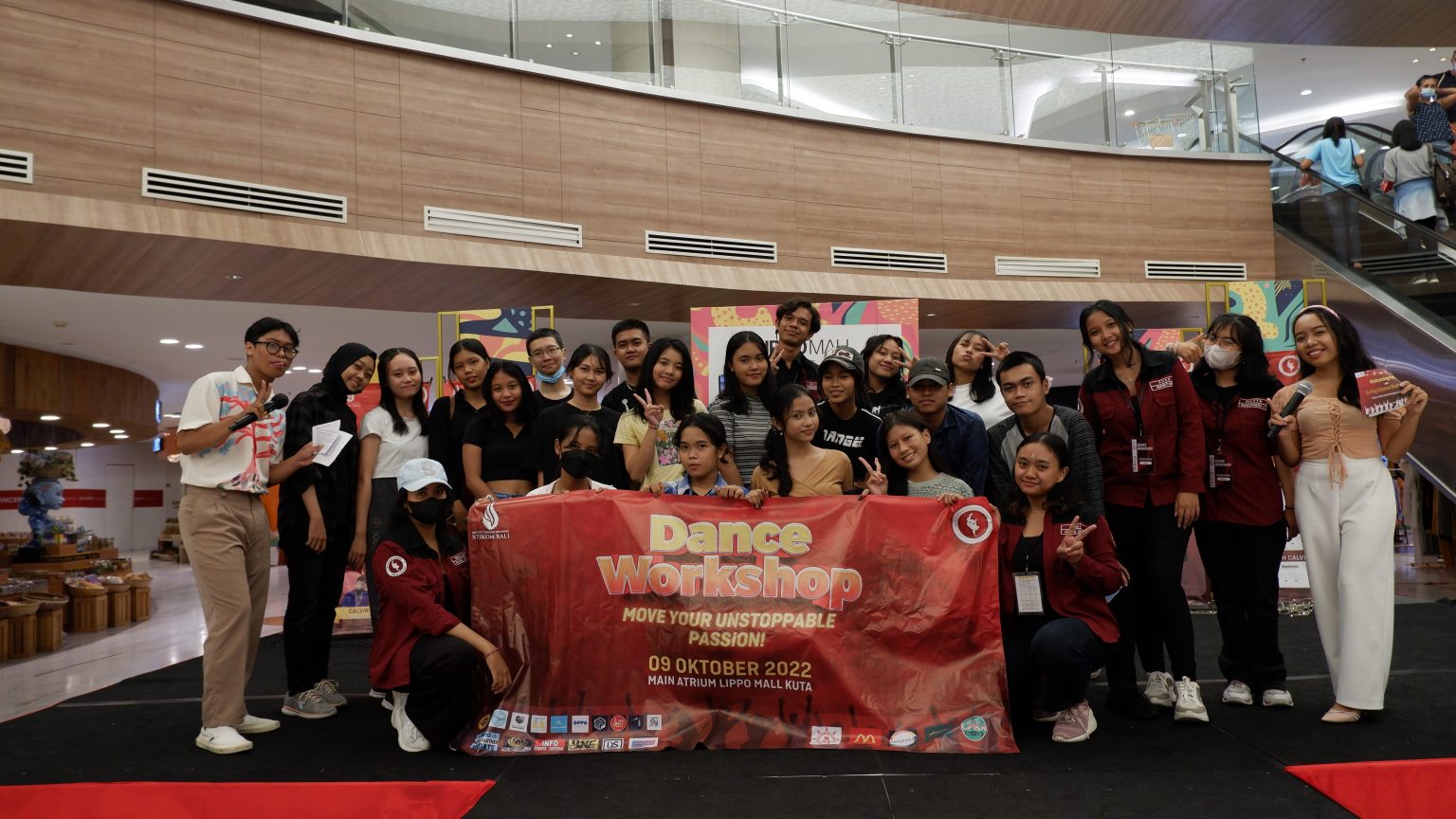 Denpasar – The Student Activity Unit Dance of STIKOM Bali or UKM DOS has held a Welcoming Party and K-Pop Dance Workshop which takes place at the Main Atrium Lippo Mall Kuta on Sunday, 09 October 2022. This Welcoming Party activity is an event to welcome prospective new members from UKM DOS which was first implemented by DOS UKM, this event was attended by DOS UKM Advisors, namely Mrs. Ni Luh Ratniasih, S.Kom., M.T, representatives from the Student Executive Body and Student Legislative Body, and continued with the Workshop. This workshop has the theme “Move Your Unstoppable Passion”.

The program contained in this Welcoming Party event was the reading of the AD/ART by the General Chairperson of UKM DOS, namely Ni Kadek Emi Ariani, the introduction of DOS units which were explained in a presentation by the Coordinator of each unit, then followed by the introduction of the UKM DOS Management for the 2022 – 2023 term and enlivened with several competitions, such as a focus test played by 4 participants in one group and a quiz containing about AD/ART in UKM DOS.

Then the Welcoming Party was followed by a Dance Workshop which consisted of 3 classes with well-known coaches from the very popular dance community, especially on the island of Bali. The 3 Dance Workshop classes are: