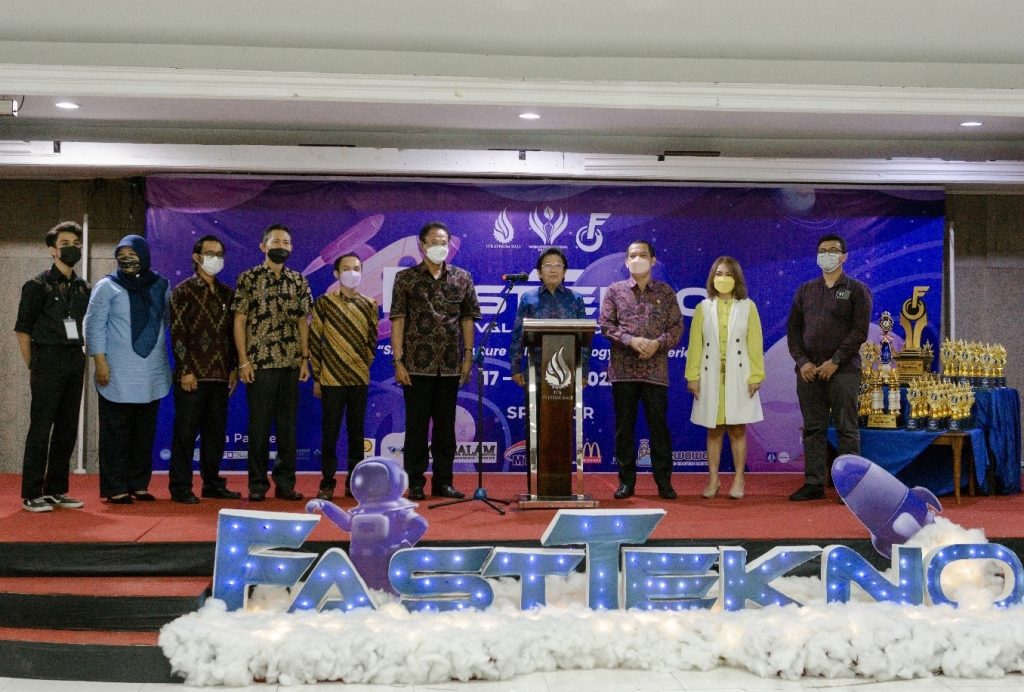 FASTTEKNO which is an annual agenda held by the Student Executive Board (BEM) ITB STIKOM Bali at the ITB STIKOM Bali Campus. Because it is still in the atmosphere of the Covid-19 pandemic, FASTTEKNO 2022 is packaged in a new nuance, namely the hybrid concept. Precisely herein lies the strength of FSTTEKNO 2022 because it is able to attract participants who miss the nuances of offline competitions so that they reach the target of up to 451 participants from various regions in Indonesia. Among them are from Bali, South Sulawesi, East Java, Central Java, West Java, Banten, Jogjakarta.

The Chairperson of the FASTTEKNO 2022 Committee, Zulfikar Horan Daen Rahman, explained that this activity was one of the events carried out by BEM ITB STIKOM Bali with the theme “Shaping The Future With Technology and Experience” and was held for three days on 17-19 May 2022. “FASTTEKNO activities aims to increase the interests and talents as well as the competitive spirit of participants during this pandemic. And as a promotional media to expand the ITB STIKOM Bali network to schools, universities, and the general public on the national level,” said Zulfikar Rahman.

Formation of the FASTTEKNO Committee On February 9, 2022 chaired by Zulfikar Horan Daen Rahman and his deputy Putu Wahyudha Mahayana. The General Technical Meeting (TM) was held on April 21, 2022 by explaining the rules during the competition and continued with the Technical Meeting (TM). ) Finalists who will be held on May 14, 2022 with a discussion on the maturation of regulations at the time of the competition by the FASTTEKNO 2022 committee.